The Road to Hell or Heaven? A Tale of Kindness on the M1

This is the tale of three guys, Chas, Felice, and Ben,  who share a similar passion, cars. In general, cars; in particular Alfa Romeo. Who set off on Thursday night for an overnight stay, and a day out at the NEC, Classic Car Show.  The tickets had been bought, the hotel booked and I waved them goodbye at about 6pm with Chas muttering about rush-hour traffic. And so I settled in for a peaceful and quiet evening, looking forward to having the house, the tv, and the cat, all to myself.

It was just as I sat down to watch Kirstie's Vintage Home,  that the phone rang. I saw on the display Chas's mobile number and thought, oh they've reached Birmingham already, clicked the button and said, hi darling.  But the voice I heard was full of anxiety as he told me that they had stopped at Toddington for a burger and as they left the service station he realised that he had left his backpack behind, in which were his wallet with money and all his credit cards and the ticket for the show.  So now they were in the Northbound traffic with 50 mile an hour signs everywhere and travelling towards the next junction to double back.  What could I say, I just asked him to be calm and call me again when they managed to double back to the service station.

I forgot all about Kirstie's Vintage Home (luckily I was recording it) and went to make myself a cup of coffee.  In fact do anything that would take my mind off the worst outcomes of losing a wallet full of cash and credit cards.  Standing in my kitchen I did something without thinking, I put my hands together and said, "Hi God, I know we haven't spoken in a while, but I need your help, please let someone find Chas's bag and please let them be honest, oh and Angharad, if your're out there somewhere, watch over Chas's bag".  Angharad is my best friend, still, she died three years ago, and she said she'd haunt me if I didn't wear red to her funeral.  Thank God I didn't wear red.

I took my coffee out to the patio and in the dark tried to still my anxieties, feeling how awful this was for Charlie who'd been planning and looking forward to this trip, and how it was about to be a disaster,  and thinking about the hassle of ringing credit card companies to cancel cards and the possiblity of his bank account being cleaned out.  Breathe I told myself, all you can do is breathe, easier said than done when you are in the grip of fear. And I could only imagine how Chas was feeling at that moment. Minutes felt like hours and hours like days.  There were two phone calls but neither of them Chas, so I explained hurriedly and got off the phone.

Time can pass so slowly.  When Chas finally rang I could tell instantly by his voice that against the odds it was good news, it fact he could hardly speak and he passed the phone over to as I later learned was Pamela.  She told me how she and her husband had found his bag, and were searching through it trying to find contact details, and reluctant to hand it over to anyone in the service station because of the amount of cash. They had phoned the telephone number on the back of one of his credit cards trying to get some contact details or to get the company to contact him.  They did find his business card and sent him an email, but he didn't get that on his phone till later.

As he arrived back at the service station, in a state of high anxiety, a woman had stepped toward him in the entrance asking, "Are you Mr Chee?", and told him they had found his bag and everything was safe.

How I wanted to hug Pamela and Stephen her husband.  She explained how they had a similar experience not so long ago, and her husband's wallet was returned to him by the driver of a Warburton's truck.  And she said they had passed the kindness on and it's our turn to pass it on again.

Doesn't it renew your faith in humanity? That these two kind and thoughtful people went to such lengths to return Chas's bag to him.

Chris said…
This kind of thing has happened to my family a number of times so I am a believer that there are more honest than dishonest people in this world. The opposite has also happened, but mostly when something has been stolen, not lost.
I wish I had a magic wand to sprinkle Pamela and her husband with all the happiness they deserve!
18 November 2012 at 22:13 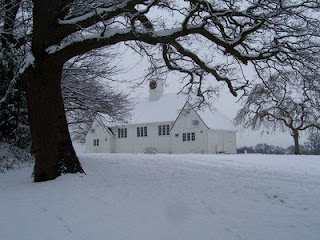 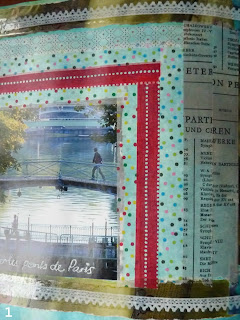